It's been confirmed that Rory McIlroy is set to make a return to Scotland to play at the Aberdeen Asset Scottish Open from July 13th - 16th at Dundonald Links in Ayrshire. 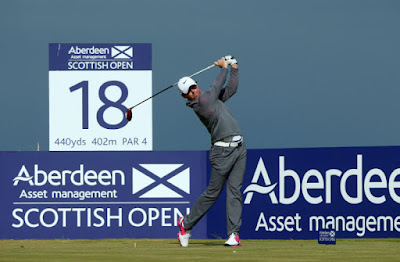 He will join a line up of "major" stars including Open Champion Henrik Stenson, 2013 Masters Champion Adam Scott and defending champion Alex Noren when they tee it up at the west coast golf course next month.

McIlroy’s season has been affected by a rib injury but as he prepares to make his second return from the sidelines this season at the US Open, the World Number Two revealed he has added the Aberdeen Asset Management Scottish Open to his summer schedule.

The Northern Irishman had success at the 2014 Scottish Open at Royal Aberdeen finishing tied 14th going on the following week to win his first Open Championship at Royal Liverpool. The Scottish Open is viewed as ideal preparation with four of the last five Open champions having played in the Scottish Open the week before.

“Having had such stop-start season with the injury means I need to, and really want to play golf. One thing you realise when you are injured is how much you want to play and miss playing and I need to play in events to get some momentum and hopefully knock off a couple of really big wins over the summer.”

“It's great to see someone of the stature of Rory McIlroy choosing to play in the Scottish Open. It is always positive when the stars are seen playing courses that are not normally seen on TV by golfing fans and it will highlight just how good a golf course Dundonald Links is and what a diverse destination Ayrshire itself offers.
All of our Tour operators have been singing the praises of the links at Dundonald for many years and it is always impressed first time players from across the world. We ourselves offer it as part of a great three day links golf pass which is ideal for visiting golf groups and societies."

This Aberdeen Asset Management Scottish Open will be the fourth event in the European Tour’s new Rolex Series, a premium category of tournaments on the Race to Dubai with minimum prize funds of US$7million.